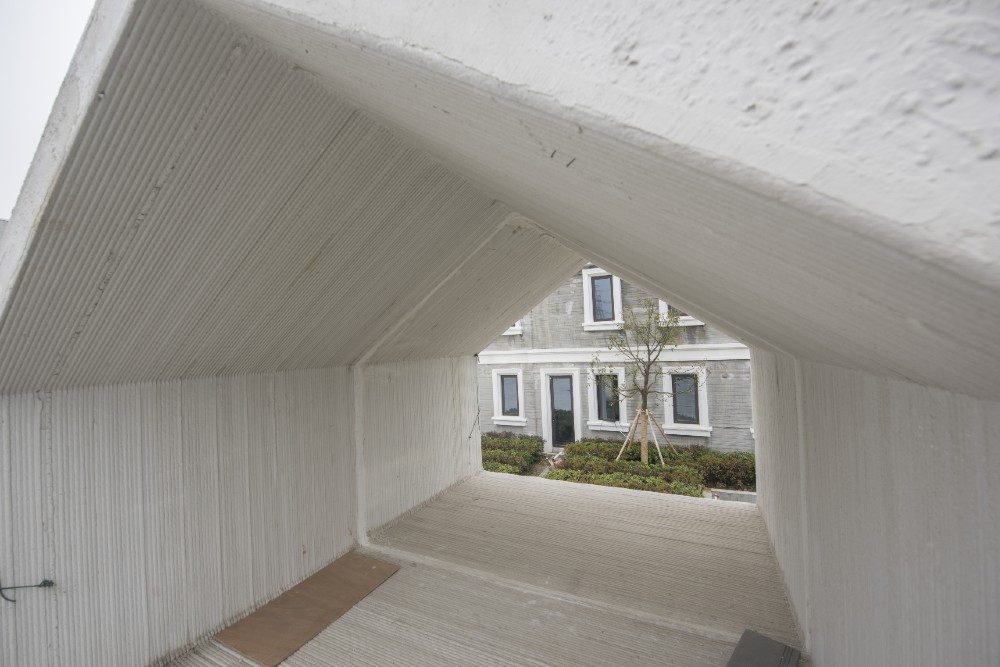 3D printing isn’t new technology, but it is continuing to evolve and transform new industries. One of these is construction, an industry that tends to suffer from poor productivity.

While agriculture and manufacturing have increased productivity 10-15 times since the 1950s, construction remains stuck at the same level as 80 years ago.

That’s because construction remains largely manual, while manufacturing and other industries have made significant progress in the use of digital, sensing and automation technologies.

3D-printed concrete has been touted as one possible solution to productivity problems in construction. It may also result in more interesting and appealing concrete buildings.

Did you know the world uses more than 20 billion tonnes of concrete per year? It’s the most widely used substance on the planet after water, and it is having a significant impact on the environment. The construction industry has a number of other problems, including low labour efficiency, high levels of waste, budget blowouts and high accident rates.

3D concrete printing has the potential to solve some of these issues because it uses additive manufacturing techniques (objects are constructed by adding layers of material) rather than formwork (casting concrete into a mould).

Eliminating the cost of formwork is the major economic driver of 3D concrete printing. Built using materials such as timber, formwork accounts for about 60% of the total cost of concrete construction. It’s also a significant source of waste, given that it is discarded sooner or later.

Another bonus of additive manufacturing techniques is that they can enhance creative expression in architecture, perhaps reducing the dominance of rectangular designs

In February, a 3D-printed house in the US was listed for sale with an asking price of US$299,999 ($390,987). Featuring 1407 square feet of living space, the home also has three bedrooms, two bathrooms, a detached garage, and most importantly, a certificate of occupancy.

Kirk Anderson, director of operations at SQ4D Inc, said that the company aims to ‘print homes fast, and cheap and strong,’

Once the printer is set up at a building site, which takes approximately six-eight hours, it then lays concrete for the footings, foundations and walls layer by layer. The process is 10 times faster than building a comparable home by traditional methods and 50 per cent cheaper. Automation can cause some people to be fearful, but when you consider the potential this technology has to address homelessness, home affordability and disaster relief, it’s hard to argue against it.

This 3D printed concrete house was built in 24 hours in the middle of a Russian winter!

While 3D concrete printing is still a relatively new technology, there is potential for it to move beyond the housing sector. Last year, an eight-metre concrete bridge was constructed in the Netherlands using a 3D printer. The bridge has 800 layers and took three months to print, but it is more environmentally friendly because it uses less cement.

Hopes are high that even larger structures, such as wind turbine towers and multi-storey buildings, built using 3D technology will become more common in the future.

Milne Concrete Pumping has been in the concrete industry for over 15 years and is one of the most experienced providers on the NSW South Coast. Reach out to find out more about services or ask us to  provide a quote for your next job.